Founder of United Diversity
Curator of the United Diversity Library
Co-founder of The Open Co-op
Co-founder of Better Media
Director of Development Co-op (a co-op of Co-operative Development Bodies)
Former Associate of P2P Foundation (and occasional contributor to their blog), before Michel Bauwens lost it.
Served on the board of Co-operatives London (and built and manage website)
Previously Campaign Coordinator at Media Reform Coalition (started the London Media Democracy (now Better Media) Meetup, organised the Media Democracy Festival, commissioned this film, gathered these resources, and made the website)
Previous National Organiser for Campaign for Press and Broadcasting Freedom (CPBF) (and built the website)

Not a Co-op? Not a Platform Co-op!
(referenced by Shareable's Platform Co-op Explainer and the Cooperative Platforms in a European Landscape: An Exploratory Study report)

In order to create the media I want I give regular financial support to
(i.e. subscribe and/ or regularly donate)

Spoke on the Digital cooperation: platform cooperativism panel at Ecopolis in Brussels, Belgium. 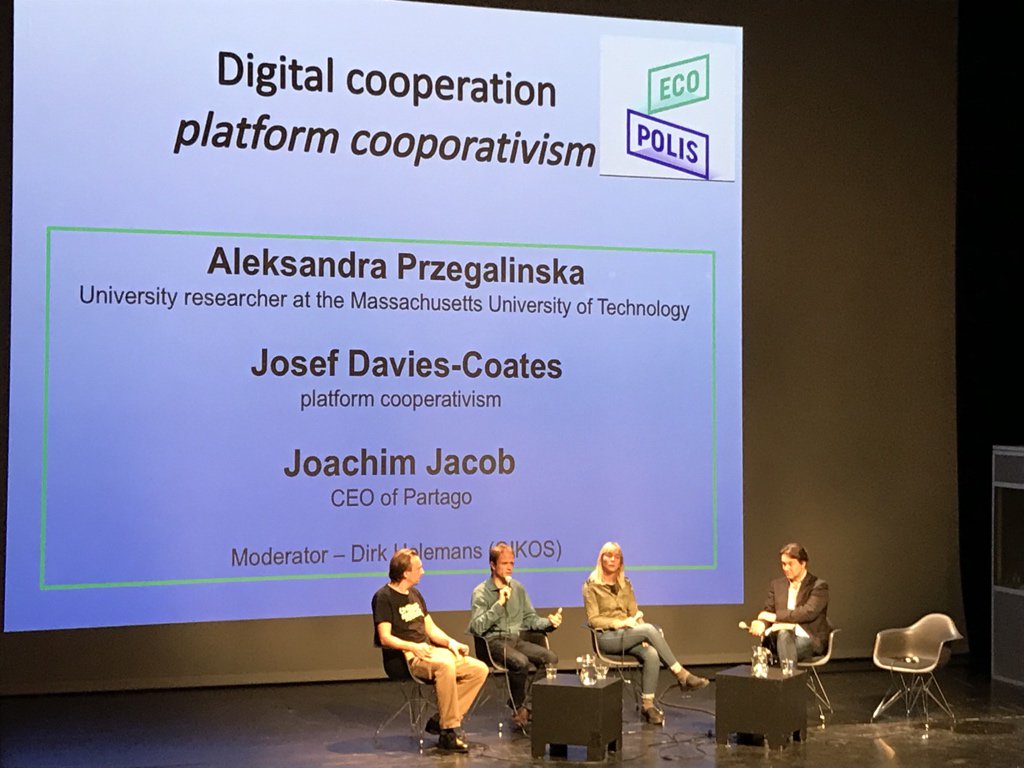 Creating a Movement for Better Media in the UK I had a nice Storify here, but sadly Storify is no longer :-/

Co-produced, spoke at and hosted the international Open 2017: Platform Co-operatives conference at Goldsmiths, University of London which attracted over 400 people trended nationally on twitter.

Spoke at Platform Co-operativism: Building the Cooperative Internet at the New School in New York:

Invited to speak to the Greater London Authority's Regeneration team on Cooperatives: A role in regeneration? 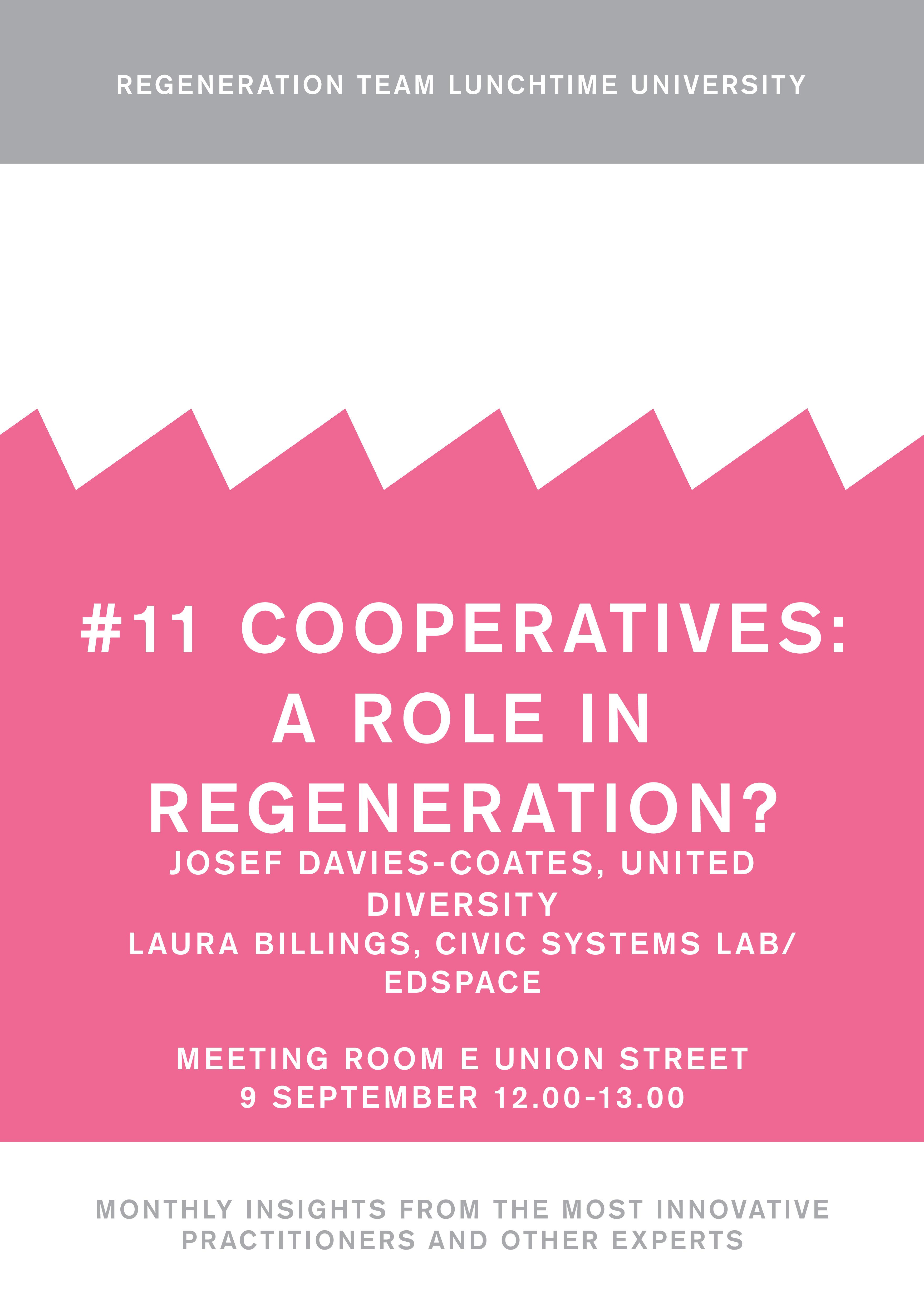 I spoke at and moderated two sessions on "From Platform to Open Cooperativism" at the PeerValue: Advancing the Commons Collaborative Economy conference in Amsterdam

Wearing my CPBF hat I gave a talk on Media Reform, Regulation and Accountability (.pdf) at Citizen Beta's Transforming Media event.  The talk was largely based on A Manifesto for Media Reform (.pdf) put together by the Media Reform Coalition and the Campaign for Press and Broadcasting Freedom.

Invited to join the Business Models for Cooperative Higher Education workshop led by The Social Science Centre whose notes from the day can be found here.

Gave a talk on Cooperative Commons at the UK Co-operative Studies Society Annual Conference Exploring the Common - Co-operatives and the alternatives.   Earned the slightly embarrassing accolade of being the first person to be invited to speak at the conference based on their Facebook posts.

St Ethelburgas Phoenix Project Ran a session on What emerging ownership, governance and exchange innovations reflect the new economy? Began with an introductory talk on Co-ops and Commons and then led a group of 15 people on a Bike Tour of Co-op, Community and Commons-based projects around London.  Planning notes with lots of useful links here.  Rough map of tour route here. This is what participants had to say:

Cycling between the various projects gave a real sense of the interconnectedness of the city and London suddenly felt more human. The projects we visited were inspiring and diverse and showed that a different way of doing things is not only possible, but is happening right now. Josef shared his extensive knowledge and contagious enthusiasm throughout the day and I would highly recommend this tour to absolutely anyone.

This cycle tour was a beautiful way to see London and especially all the new ways that London is being re-imagined and re-claimed. All the projects allowed us to connect to wonderful people and see in practice what is happening with co-operatives. We were also allowed to seek their advice and knowledge as well. Josef was a patient and well connected guide. He could have shown us so much more. Highly recommended!!

This was one of my most memorable and enjoyable days out in London. It was so different. I do not regularly cycle in the city (in fact, this was my first day cycling in the city) and was a little nervous. But the sun was shining, Josef was a super-confident, enthusiastic leader and took us on a true adventure of inspiring grass-roots and community projects and initiatives happening around London. Wherever we went we were welcomed. The whole atmosphere of the day was one of inspiration and awe at what ordinary people are doing everywhere around the city behind the scenes. It was a powerful experiential learning experience that I would recommend to anyone interested in new ways of organising and collaborating.

This tour really opens your eyes to the exciting cooperative and commons activities happening on the ground in London - I had no idea there was such cool stuff happening. Great way to spend a day - active and enlightening!

Open Everything - A Collaborative Economy Convergence I've always wanted to visit Cloughjordan Ecovillage and so when the opportunity to join the P2P Foundation team presented itself I couldn't resist. There wasn't really a clear plan of what my role would be but after a very enjoyable rail, sail and cycle there I ended up joining a panel discussion and leading a session on housing co-ops. Huge thanks to Davie Philip for making it all possible.

Off Grid One Planet Community Festival Joined a panel discussion on Common Futures with Annemarie Naylor and Alex Lawrie:

OuiShare Fest 2014 Gave talk on "Designing an Open Organisation" as part of a Panel on "Work, Distributed: Horizontal, Liquid & Collaborative organizations" and Co-Moderated the Sharing for Real: What Cooperatives and Collaborative Governance have to offer session, including hosting a discussion about Open Co-ops.

London Permaculture Festival In this talk I gave some background about United Diversity and shared some ideas for future plans.

Spoke at the Inspiring Minds Forum on Creating Co-operative Communities

UK Permaculture Convergence Lead two workshops.  One on Making Websites with WordPress and another on Community Scale Infrastructure:

As part of the Caracas Trollparty, I spoke on National Venezuelan Radio, gave a talk on Tools for Open Co-ops, and generally helped to find and organise an international team of Free Software practitioners to run a huge programme of activities as part of World Social Forum in Caracas, Venezuela.